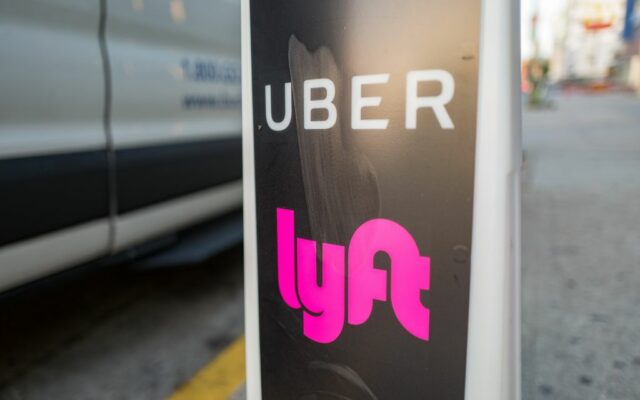 Close-up of vertical sign with logos for ridesharing companies Uber and Lyft, with wheels of a car in the background, indicating a location where rideshare pickups are available in downtown Los Angeles, California, October 24, 2018. (Photo by Smith Collection/Gado/Getty Images)

If you need to grab an Uber or Lyft anytime soon, be prepared to pay more for your ride.

Both companies have announced they’re adding a temporary surcharge to deal with the spike in gas prices nationwide.

Lyft says the surcharge money will go directly to its drivers.

Lyft’s move follows a similar one by its competitor, Uber, which announced surcharges between $0.35 and $0.55 on Uber trips and Uber Eats orders for at least the next 60 days.

Is a surcharge fair for customers? If you are a driver, how badly have the higher gas prices hit you?