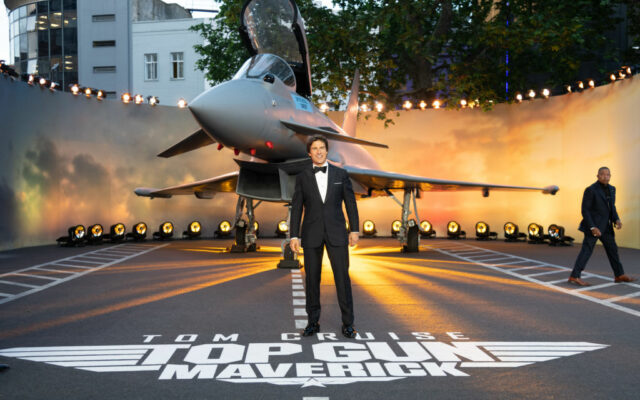 LONDON, ENGLAND - MAY 19: Tom Cruise attends the Royal Performance of "Top Gun: Maverick" at Leicester Square on May 19, 2022 in London, England. (Photo by Joseph Okpako/WireImage)

Titanic was re-released so the new domestic total is $659.3 million.

Maverick won’t catch the Titanic long term once you account for inflation from 25 years ago.

Top Gun is making 2022 the best year for Paramount since 2014 when they had Scream, The Lost City and Jackass Forever.