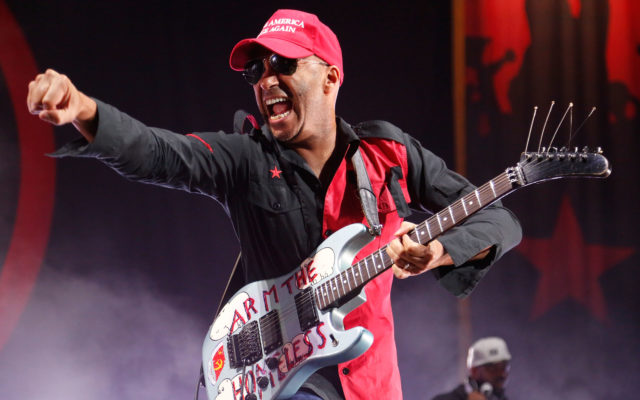 Rage Against The Machine guitarist Tom Morello is collaborating with The Bloody Beetroots on a new EP out later this month.

On Friday, Morello shared a new song titled “Radium Girls”.  The seven-track EP, The Catastrophists, will be out June 18th.

Rage Against The Machine saw their much-hyped reunion tour delayed by the pandemic.  It’s been rescheduled to kick off in March of 2022.

Who are some of your favorite rock guitarists?  What makes a guitar player great?