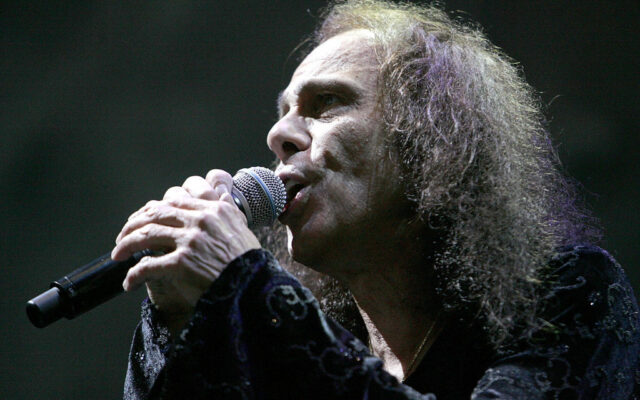 HOUSTON - MAY 16: Vocalist Ronnie James Dio performing here in concert with Heaven & Hell at the Verizon Wireless Amphitheater in San Antonio, Texas on August 24, 2008 died of stomach cancer on May 16, 2010 in Houston, Texas. (Photo by Gary Miller/FilmMagic)

The great Ronnie James Dio would have celebrated his 80th birthday this July.  And Rhino Records is celebrating with a ‘Super Deluxe’ edition of Dio’s Holy Diver.

The 4-disc set includes two versions of the album – a remastered version of the original album, and a new mix by Joe Barresi made from the original analog tapes.

It also includes a full live concert from the band’s 1983 tour, and a fourth disc with previously unreleased outtakes and rarities.

Holy Diver: Super Deluxe Edition will be out July 8th.

Is Holy Diver better than any of Dio’s Black Sabbath records?