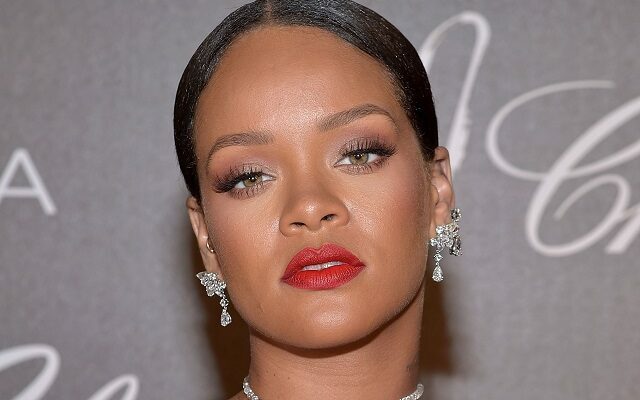 CANNES, FRANCE - MAY 18: Rihanna attends the Chopard Dinner in honour of her and the Rihanna X Chopard Collection during the 70th annual Cannes Film Festival on the Chopard Rooftop on May 18, 2017 in Cannes, France. (Photo by Pascal Le Segretain/Getty Images)

The Super Bowl LVII halftime show in Glendale, Arizona has revealed its headliner: Rihanna, in her first live performance in over 5 years. The NFL confirmed Sunday that the singer would lead the most high-profile 15-minute performance in music on February 12th 2023 at State Farm Stadium. The singer last appeared onstage at the 2018 Grammy Awards to perform “Wild Thoughts” with DJ Khaled.

Production on the Halftime Show has been taken over by Jay-Z’s Roc Nation, who Rihanna signed with and remains with since 2014. The 2023 show is the first sponsored by Apple Music, who signed a new multi-year partnership with the NFL after Pepsi’s 10-year sponsorship ended.

There were previous rumors about Taylor Swift being the headliner. She was apparently asked, but turned it down because she wants to finish rerecording her first six albums first. So far she’s done two of them: “Red” and “Fearless”. So maybe 2024?