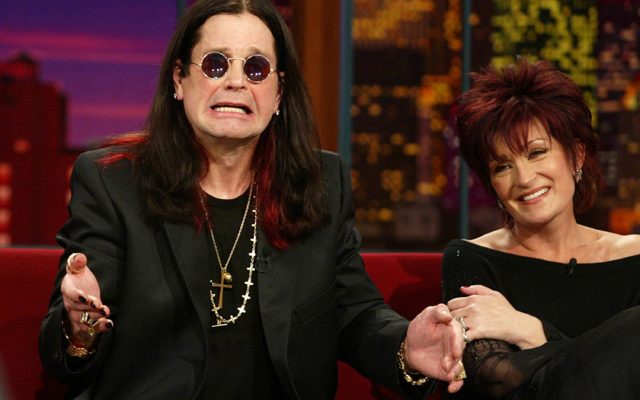 Ozzy and Sharon Osbourne at "The Tonight Show with Jay Leno" at the NBC Studios in Burbank, Ca. Wednesday, Nov. 20, 2002. Photo by Kevin Winter/ImageDirect

Your kid might love to rock out to “Crazy Train,” but be warned, the upcoming Ozzy biopic is “an adult movie for adults.” That’s straight from Sharon Osbourne.

Osbourne told Ultimate Classic Rock it won’t be like Bohemian Rhapsody, “Our film will be a lot more real… We don’t want it to be squeeky, shiny clean and all of that. We’re not making it for kids. It’s an adult movie for adults.”

While she noted the film was “phenomenal” in turning a whole new generation on to Queen’s music, she didn’t like how the filmmakers changed the story.

Do you enjoy biopics? Is there a particular one you’d like to see made? Do you argue with your co-workers over how to say “biopic?”