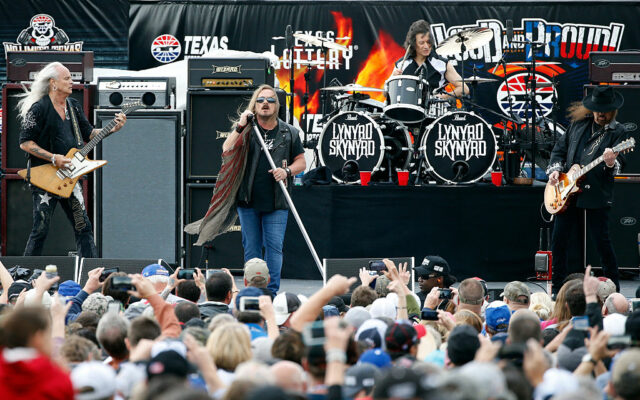 Lynyrd Skynyrd will be kicking off this year’s Coca-Cola 600 at Charlotte Motor Speedway.

The “Sweet Home Alabama” rockers will perform a special set ahead of the race on May 29th.

Frontman Johnny Van Zant said “This is going to be one of the coolest concerts we’ll play all year. It’s not often that you get the chance to perform before something as true-blue American as the Coca-Cola 600.”

Ever see a famous artist perform at a sporting event?