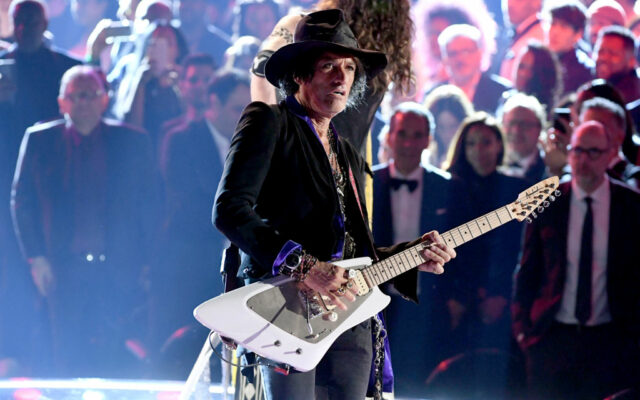 Aerosmith guitarist Joe Perry is not ruling out a new Aerosmith record.

In a new interview, Perry was once again asked about the possibility of a follow-up to the band’s “Music From Another Dimension!” album, which came out a decade ago.

“For a long while after that record came out, I thought… ‘Cause we put everything on that — every riff that we had lying around. Then I was thinking, ‘Why bother?’ We’ve got all this other material that we need to release that the fans, I think, would love to hear — different versions of ‘Dream On’, studio quality. But you never know. If you’ve got some inspiration, it doesn’t take long to write a song. Whether it’s great or not, you don’t know. But all I can say is you never know. I would hate to think that was the last one. But we’ve got so much stuff out there, it’s hard to think about trying to do something new. But what the hell? You never know.”

What are you on the fence about right now?