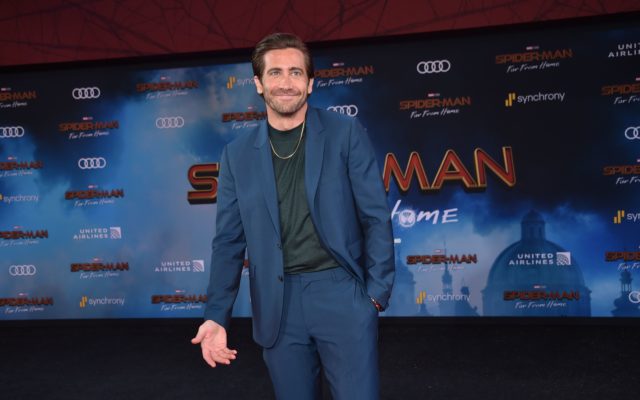 US actor Jake Gyllenhaal arrives for the Spider-Man: Far From Home World premiere at the TCL Chinese theatre in Hollywood on June 26, 2019. (Photo by Chris Delmas / AFP) (Photo credit should read CHRIS DELMAS/AFP via Getty Images)

Recently, Jake Gyllenhaal revealed that he was suffering from extreme anxiety issues while filming Spider-Man: Far From Home.

He said, “It’s hard, man. That acting is hard. All of it. That world is enormous. And I joined that world way into that run; a train that was already moving. Normally, I come in way early on, and I get to figure it out. I was freaking out. It was a scene with Samuel L. Jackson, Tom Holland, there were a number of actors in that scene. And I remember not being able to remember my lines. I was the wooden board. And they were like, ‘Whoa’.”

He continued, “And I went up to Tom Holland and was like, ‘Dude, help me out’. He’s like, ‘It’s all good, man. Just relax’. It was like he was me in so many situations. And I finally did. I just put a lot of pressure on myself because I love that world. I had to walk up and be like, ‘Look man, I just came off-Broadway doing a one-man show for an hour and a half on stage, so I got this. Please, believe me’.”

Have you ever had an emotional breakdown at your job? How did you deal with the breakdown?