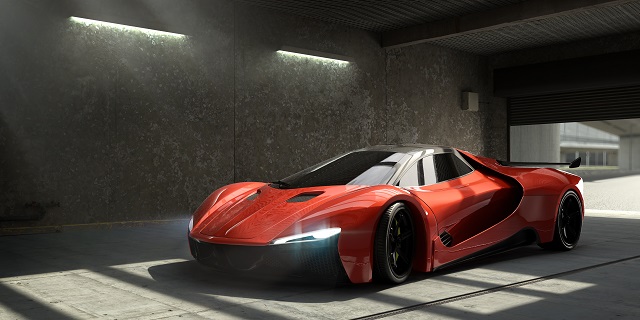 A generic luxury red sports car, with headlights on, having just parked in an empty concrete / industrial garage space with roller shutter door, which is still partially up revealing out of focus background. Light stream in through a rood window with slight dusty haze.

Burner hosts a YouTube channel called Always in Reverse that features him driving cars backward to see what their top speed is. “It hasn’t caught on yet, but maybe this will get people interested,” he said.

He actually got inspired to start driving backwards in 2000 when he purchased a Honda S2000 sports car. “I had to back it up a long distance and was able to get it up to 47 mph. I thought, ‘well, that was fun,’ then I tried the cruise control and was surprised to find that it worked.”

He managed the mile in 75.18 seconds, smashing the previous record of 97.02 seconds.