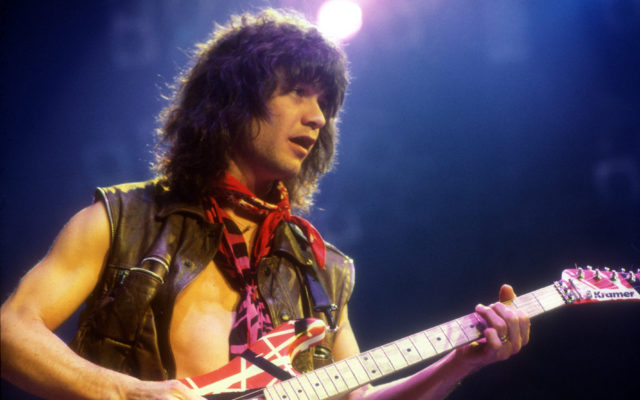 Eddie Van Halen is getting some recognition as one of the most influential guitar players of all time.

The National Guitar Museum is awarding EVH its Lifetime Achievement Award – the first time ever the honor has been awarded posthumously.

The Museum said “we don’t need to explain why Eddie is deserving of such an honor – everyone who has ever heard his guitar playing knows”, adding “We only wish we could deliver this in person.”

Who’s your favorite guitar player of all time? What made EVH so influential on a generation of guitarists?