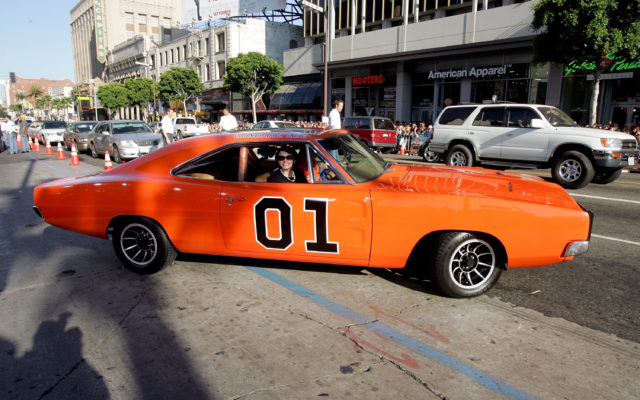 HOLLYWOOD , CA - JULY 28: The "General Lee", a 1969 Dodge Charger muscle car arrives at the Premiere Of "The Dukes of Hazzard" at the Grauman's Chinese Theatre on July 28, 2005 in Hollywood, California. (Photo by Kevin Winter/Getty Images)

The General Lee from the “The Dukes of Hazzard” is staying put at an Illinois museum.

It’s currently on display at the Volo Auto Museum in Crystal Lake, Illinois.

The 1969 Dodge Charger, known as the General Lee, prominently displays the Confederate flag.

The museum’s director said, “We feel the car is part of history, and people love it. We’ve got people of all races and nationalities that remember the TV show and aren’t offended by it whatsoever. It’s a piece of history.”

He added that the museum has gotten zero complaints about the car. Instead, he’s actually gotten positive comments about leaving it on display and not having “a knee-jerk reaction to remove it like a lot of places are.”

Do you agree with the museum director?