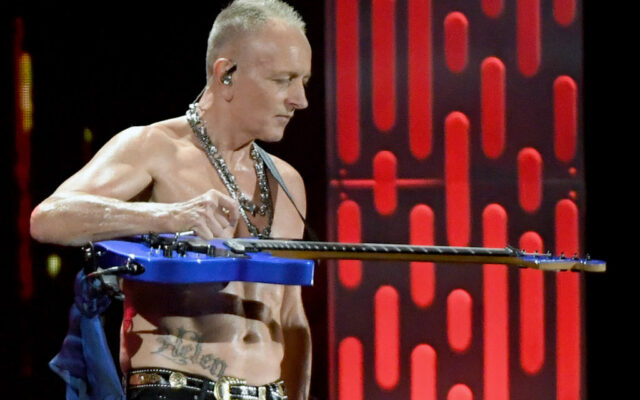 As Def Leppard is gearing up to kick off The Stadium Tour in a couple of weeks, guitarist Phil Collen has revealed the musician he worships the most — Mick Jagger.

He recalled meeting Jagger when Def Leppard was recording their Hysteria album in the mid-80s in Holland.

Jagger happened to be in a recording studio next door.

Collen said it was absolutely “surreal.”

“It was such an amazing moment for me and you’re always scared to meet your idols in case they disappoint, but he really didn’t. For lots of reasons, you know, that’s my Rock God.”

Def Leppard and Motley Crue open The Stadium Tour in Atlanta on June 16 with dates across the country into September.