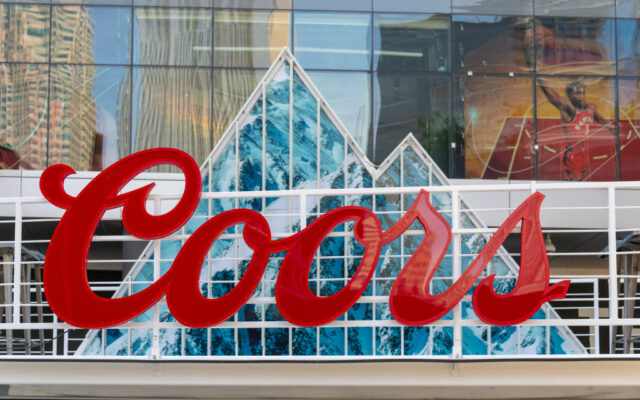 TORONTO, ONTARIO, CANADA - 2019/06/12: An advertisement logo for Coors beer. The branding design is seen close to the Scotiabank Arena where the Toronto Raptors are playing the NBA finals for the first time ever. (Photo by Roberto Machado Noa/LightRocket via Getty Images)

Coors Light is releasing a new six-pack just in time for March Madness, but it’s not beer.

The company has created six-packs of beer lollipops for fans to enjoy while they watch the games.

Called Chillollipops, the candies are non-alcoholic but taste just like Coors Light.

Coors Light recently shared that sucking on hard candy such as suckers can have calming effects on individuals, so these could be useful for stressed-out college basketball fans.

Sit back and watch some basketball while you have your beer in lollipop form. https://t.co/Abpb0Y5b3J

Coors Light Chillollipops are available for purchase at Shop.CoorsLight.com for $3.17.

Do you get stressed out during March Madness? Would you try a candy that tastes like a beer?