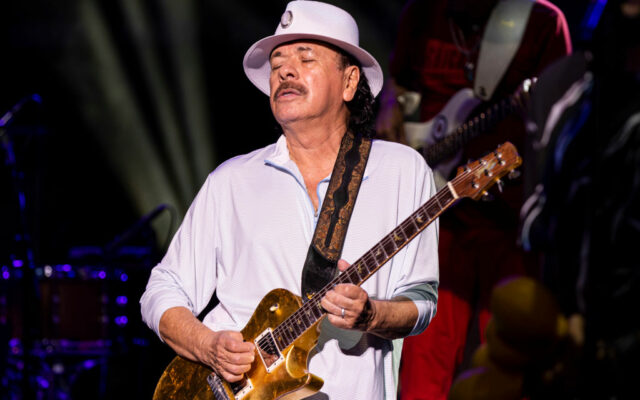 Carlos Santana is recovering after collapsing on stage during a performance in Michigan Tuesday evening.

The 74 year-old guitarist was suffering from “heat exhaustion and dehydration” when he experience a medical emergency during his concert at the Pine Knob Music Theatre in Clarkston.

The moment music legend Carlos Santana collapsed from heat exhaustion on stage at a concert in Michigan. He has recovered per a statement made by his rep.#CarlosSantana #collapse #concert #Michigan #guitar #guitarist#music #heatexhaustionpic.twitter.com/gB5IxGPb2X

According to Santana’s manager, the musician was taken to a local emergency room for evaluation and is “doing well.”

Santana later shared an update on his condition on Facebook saying, “Thank you for your precious prayers.  Just taking it easy. Forgot to eat and drink water so I dehydrated and passed out. Blessings and miracles to you all.”

Have you ever collapsed?