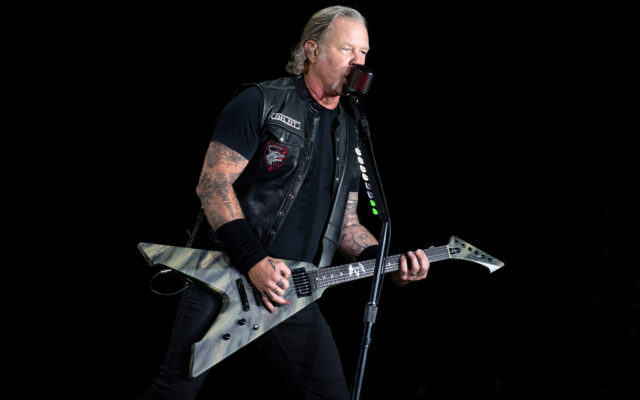 23 August 2019, Bavaria, Munich: James Hetfield, front singer of the US metal band Metallica, stands on stage in the Olympic Stadium. The band performs as part of their "World-Wired-Tour". Photo: Sven Hoppe/dpa (Photo by Sven Hoppe/picture alliance via Getty Images)

A dedicated Metallica fan has figured out the most commonly-used word in Metallica songs. Are you ready for it?

Yes, a user on Metallica’s Reddit page created a graph of the most frequently-occurring words in Metallica’s lyrics, and “never” was tops.

It’s used prominently in “Enter Sandman,” but also “The Unforgiven,” “Nothing Else Matters,” and “Master of Puppets” (among many others)

Other words repeated often in Metallica music: one, see, away, and life.

What incredibly random fact do you love to throw around?