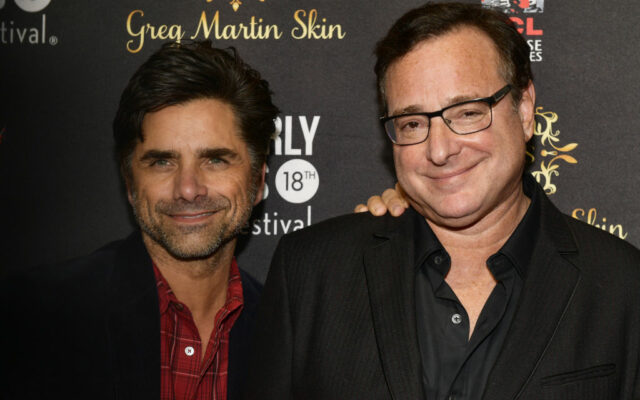 In a performance at the “Sixty Years of the Sounds of Summer” concert in Los Angeles earlier this week, the 58-year-old Stamos — who frequently performs with the Beach Boys — joined the band onstage to perform the song “Forever.”

As they played, a video montage filled the oversized stage screen, showing clips of Saget and Stamos’ fictional “Full House” band, Jesse and the Rippers.

Saget died in January at the age of 65.