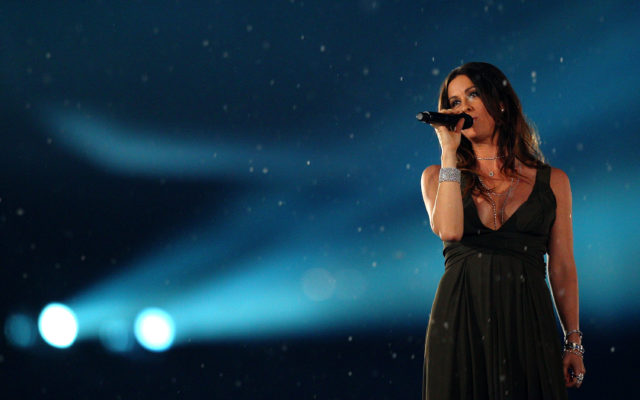 VANCOUVER, BC - FEBRUARY 28: Alanis Morissette performs during the Closing Ceremony of the Vancouver 2010 Winter Olympics at BC Place on February 28, 2010 in Vancouver, Canada. (Photo by Cameron Spencer/Getty Images)

Kids will be kids, even when you are the kid of a famous singer like Alanis Morissette! Alanis was performing her new single with Jimmy Fallon when her adorable daughter came bouncing in to interrupt them!