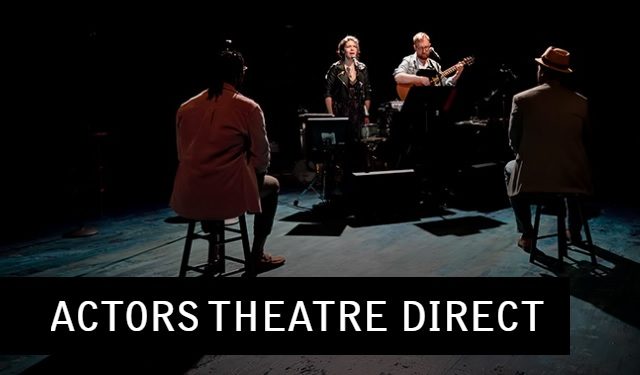 The Louisville arts scene is just a step above the rest. Especially with this EPIC idea! Actors Theatre direct is here!

Actors Theatre Direct brings the 44th Humana Festival from our stages to your living room! LINK IN BIO. Get a virtual front-row ticket to stream these world premiere productions. • 🌊 WHERE THE MOUNTAIN MEETS THE SEA by Jeff Augustin music by The Bengsons directed by Joshua Kahan Brody • ☎️ ARE YOU THERE? by Vivian Barnes, Jonathan Norton and Gab Reisman directed by Robert Barry Fleming performed by the actors of the 2019–2020 Professional Training Company commissioned by Actors Theatre of Louisville

The public health crisis around the spread of COVID-19 necessitated the suspension of Actors Theatre’s season, including nearly 100 planned performances as part of the 44th Humana Festival of New American Plays, originally scheduled through April 12.

— Where the Mountain Meets the Sea by Jeff Augustin with music by The Bengsons, directed by Joshua Kahan Brody and featuring Allan K. Washington, Nathan Hinton and Shaun and Abigail Bengson. This play was commissioned by Actors Theatre.

— Are You There? by Vivian Barnes, Jonathan Norton and Gab Reisman, directed by Robert Barry Fleming, commissioned by Actors Theatre of Louisville and performed by the 2019-2020 Professional Training Company.

Virtual tickets are now available at ActorsTheatre.org/Direct. Tickets start at $15 and streaming will begin April 6.

Local audiences can create a complete “dinner and show” experience at home with a special offer from Bearno’s Pizza. Bearno’s By-the-Bridge location will offer free breadsticks or cheese bread to those who mention “Actors Theatre” for a delivery or pickup order. Call Bearno’s By-The-Bridge at 502-584-7437.