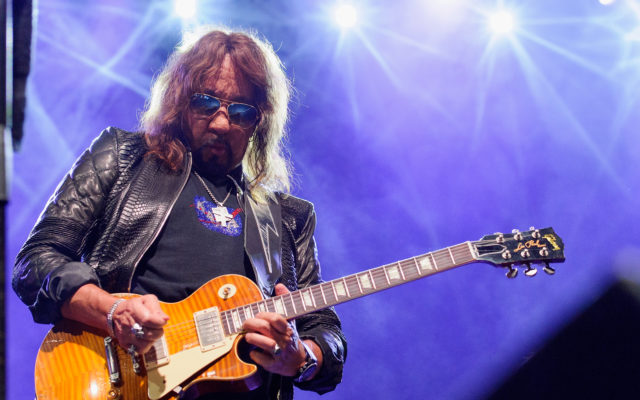 He might have gotten shut out of the KISS farewell tour, but Ace Frehley is working on a new collection of solo material.

On Monday, Frehley told fans in a Facebook post that he was “working on a new studio record for next year, since all my concerts have been postoned.”

Frehley has also been sitting on a covers album, Origins Vol. 2, that he says is finished but hasn’t yet been released.

Should Ace be included in the KISS farewell tour? What’s the ‘real’ KISS lineup in your opinion?