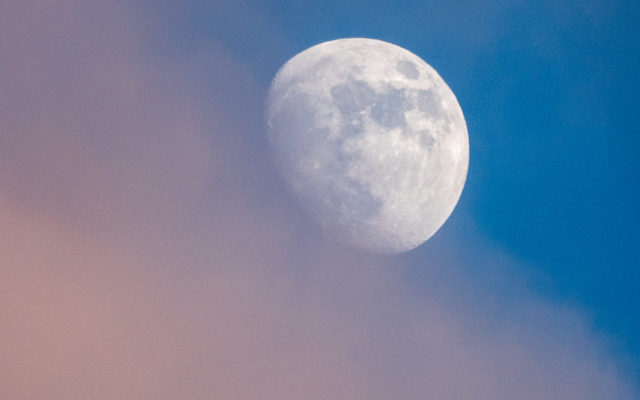 BRISTOL, UNITED KINGDOM - FEBRUARY 26: A so called 'black' moon is seen in the sky at sunset on February 26, 2018 near Bristol, England. The month of February 2018 will not have a full moon, the first time for 19 years, which is a phenomenon known as a black moon. Freezing weather conditions dubbed the "Beast from the East" are set to bring snow and sub-zero temperatures to the UK. (Photo by Matt Cardy/Getty Images)

Last week it was the Mars rover landing on the red planet – in a few days, it’ll be another cool out-of-this-world sight to see.

Both Native and colonial Americans gave nicknames to each of the year’s full moons, usually based on the weather, harvest, or animal behavior.

According to the Farmer’s Almanac, February’s full moon was named the “Snow Moon” because the month tends to be snowy.

What’s one of the coolest things you’ve ever made a point to go outside and see in the sky?